Mr. Paul holds a Bachelors of Electrical Engineering degree from New York University and had over 24-years' experience as a Systems Engineer before leaving IBM to found Potomac Fund Management. His expertise in analyzing the performance of weapons systems provided the basis for developing the computer-aided risk/reward analysis that is fundamental to the techniques used in Potomac's asset management programs.

Having begun investing in mutual funds in the mid-sixties, Rich became disillusioned with the stock market after the 1970s bear market. In 1979 he began successfully applying his active risk management techniques to provide a more stable and superior risk-adjusted return. While working at the Johns Hopkins University Applied Physics Laboratory, Rich began managing an investment partnership he formed with other engineers and scientists using these techniques. The success he had in managing money for others and himself led to his formation of Potomac Fund Management in 1987.

In November 2003, Mr. Paul sold a majority interest in Potomac Fund Management and formed Potomac Advisors to provide his former company with signal and securities selection under a license agreement. He continued to serve on their investment committee until he sold his remaining stock in the company in early 2014.

With the sale of his stock, Rich expected to hang up his shingle and enjoy retirement in sunny Sarasota, Florida. However, his passion for perfecting his mechanical stock market trading system has not ebbed, but rather has soared with its success. EVO1, Potomac Advisors’ marquee strategy, is consistently ranked by Theta Research as one of the highest performing strategies across all seven time frames measured (1-10 years). That passion also drives a desire to maintain the legacy of what has become an increasingly more impressive long-term track record. In order to continue this legacy, Rich has teamed up with his daughter, Meghan Paul, formerly of American Express and LearnVest, an online financial planning service provider, where she was Vice President of Product Development, and his brother-in-law, James Taylor, a seasoned software engineer, who along with Meghan, serve as the EVO system backups, to ensure that the legacy of the trading systems is maintained for the foreseeable future.

Connect and learn more about Rich on Linkedin. 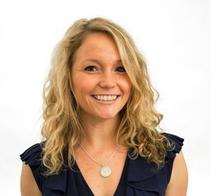 James has more than 30-years of experience as a computer systems technical analyst, first with the University of Texas computer lab in Austin, where he graduated with a degree in Mathematics and minor in Computer Science. He continued his career working for Schlumberger Technologies, the world’s leading provider of technology for the gas & oil industry, and Peoplefluent, a leading cloud-based human resources platform. James specializes in B2B integrations and data integrity protocols, and is fluent in several computer programing languages, including SQL.

At Potomac Advisors, James overseas data integrity while serving as EVO’s backup for the maintenance and evolution of the EVO trading system.  As an outsider, with respect to the biases associated with the fear and greed that govern many who invest in the stock market, James brings with him the logical mind of a student of mathematics who can understand the probabilities and statistics that have made the algorithms of EVO so successful in the past.

Connect and learn more about James on LinkedIn. 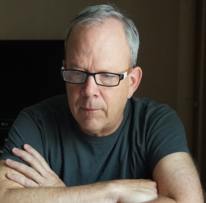 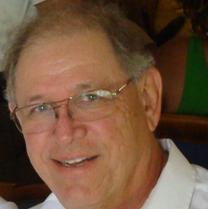 A family owned and operated business.

Rich Paul is the founder and former CEO of Potomac Fund Management, and a co-founding member of the National Association of Active Investment Managers (NAAIM), the professional association for active money managers. He served on NAAIM's first Board of Directors, and was the first Chairman of NAAIM's Performance Measurement and Standards Committee. Here, he authored the organization's original Performance and Measurements Standards.

In 1992, he initiated a study on the effectiveness of active money management based on the audited empirical results of 25 active money managers employing market-timing techniques. As a result of this study, Mr. Paul co-authored a landmark article* in the Journal of Portfolio Management, the financial profession's premier academic publication.

Meghan is no stranger to entrepreneurship.  After jump starting her career in the fast paced world of startups, she served as Ignite NYC’s event producer. This organization of “Technorati” is a hub for New York’s thinkers, makers and doers.  Meghan’s experience in the financial sector began when she joined American Express after they bought Revolution Money, later renamed Serve Enterprises.  There she was a Sr. Product Manager, developing the BlueBird card for Wal-Mart.  Meghan was wooed away from American Express by the online financial planning startup, LearnVest, to become the Vice President of Product, where she oversaw the development of their financial planning software.  LearnVest was recently acquired by Northwestern Mutual for ~$375m.  As an equity owner in LearnVest, and with the rapid growth of Potomac Advisors, the timing was right to join Potomac Advisors, making it a true family owned and operated firm, with the goal of maintaining the legacy of EVO far into the future.

At Potomac Advisors, Meghan is responsible for operations and growth.

Connect and learn more about Meghan on Linkedin.